Mineral Ridge Trailhead is a trailhead on Beauty Creek and Lake Coeur d'Alene in Idaho.

The Mineral Ridge Trailhead outside of Coeur d’Alene is the starting point for a nice National Recreation Trail that passes by old mining sites that popped up at the turn of the 20th century. There is an interpretive trail guide that describes the area in depth available at the trailhead for a donation. The area is also prime bald eagle watching during the winter. 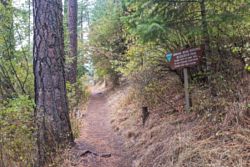 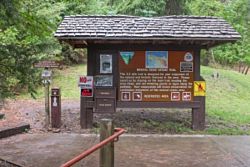 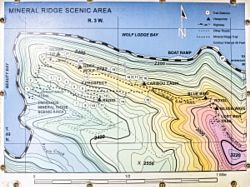 High metal prices during World War I led to many mining claims along what was known as "The Ridge" (the ridge this trail follows). After the collapse at the end of the war, activity was restored for a short time after a hoax surfaced that platinum was found.

Trails from Trailhead
Johnny Mack Trail
Trail
Contribute
Edit Page
Location
Get Driving Directions
Sign In to see coordinates.
Legal Notice: Place locations (i.e. coordinates) are subject to the Natural Atlas Terms of Use. (a) We do our best to validate and correct inaccuracies, but we cannot be responsible for their use or effects. (b) Scraping is prohibited.
Page last updated June 26, 2016
PrintiPhone App