The badlands of the McCullough Peaks highlight the beauty of erosion. The 6 mile round-trip hike along the McCullough Peak Divide Trail passes through very colorful badlands and culminates at the prominent, pointy summit visible from Cody, providing great views of the Bighorn Basin. The very primitive trail takes roughly 3 to 4 hours to complete and is moderately difficult.

Leaving from Cody, drive on the Greybull Highway and turn left on the McCullough Peaks Road (marked with a BLM sign). Continue on main road until you are near the summit which is home to several radio towers. There will be a dip in the road with a nondescript marker indicating that the route to the left is closed to motorized vehicles: this is where the trail starts.

The road has a few bumps and dips, but a 4 wheel drive car with high clearance isn’t necessary. 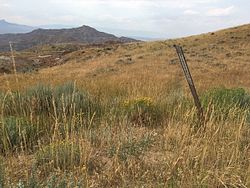 One of the beauties of the McCullough Peaks WSA is that it is very primitive, which means the trail is also primitive and undeveloped. Following it can be a bit tricky – several cairns indicate the right direction, but they can be easy to miss. The good thing is that it’s obvious where the summit is and it’s pretty easy to wander around and find a path to the top.

One of the least obvious junctions is the one shown below. An obvious trail goes right, but you’ll want to go left and up a slope. After this point the trail mostly disappears, but it’s not too far until you reach the summit.

brandon
Trail Junction
1Like This
Remark
“Go left at this junction, even though the more obvious trail goes to the right” 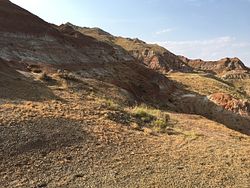 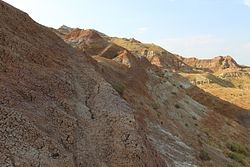 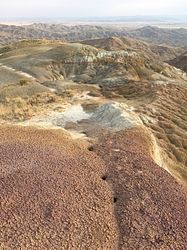 Although the area is very arid, the bentonite clay that makes up the badlands weathers very quickly – creating dramatic fin-like formations in the hills. The characteristic bands of color (reds, lavender, orange, and white) are a result of minerals such as iron oxide that have been absorbed by the bentonite. Pure bentonite is white.

The badlands are part of the Willwood Formation which formed 55 to 52 million years ago, and is home to numerous Eocene fossils. Vertebrate fossils of turtles and mammals are common (but illegal to collect). 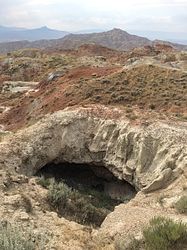 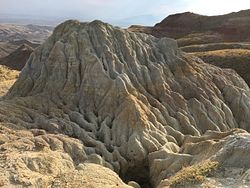 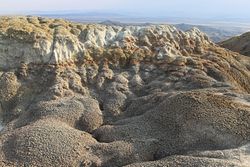 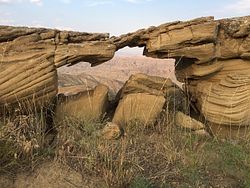 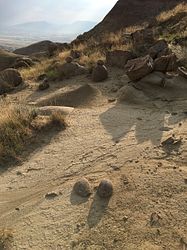 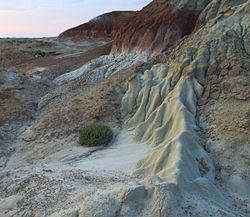 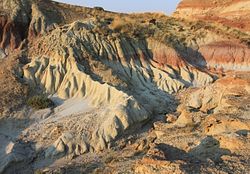 At 6442’, the summit has great views of Cody and Powell area. It isn’t the highest point in the McCullough Peaks area, but its pyramidal shape makes it much more interesting than gently sloping real summit (which is home to radio towers). 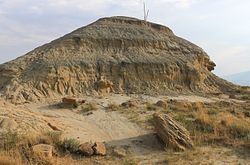 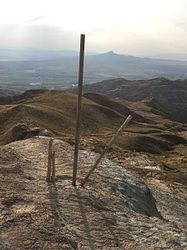 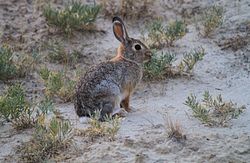 – The pebbles covering the hardened clay soil can be like walking on marbles. Shoes with good traction and careful walking on sloped sections are both good ideas

– There is no shade, so it’s best to go when it’s cool

– Watch out for rattlesnakes

– The McCullough Peaks Road is generally pretty good, but it has a clay base, so it is best to avoid after heavy rains because sections will turn to slick "gumbo"